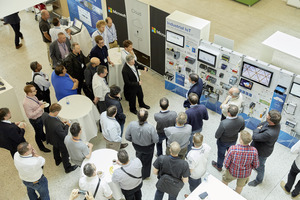 OPC Day Europe 2017 took place at Microsoft Development Center at Copenhagen on May 30 and 31. Since Microsoft has been actively participating in OPC UA development for the past 2 years, we had already a second event at their premises since 2015. And boy, they have done a lot since then!

The event gathered again almost 150 enthusiasts across the world and we had very intensive two days. The audience was again very committed and we got a lot of good questions. It is really good to feel how OPC UA is drawing interest in large scope. And this is due to the fact that the German Industry 4.0 requires OPC UA to be used for communication. OPC UA is the I4.0 Communication as Stefan Hoppe, the VP of OPC Foundation declared at the OPC Day. 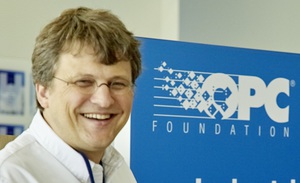 The architecture is growing fast with new companion specifications coming up with accelerating pace. New working groups for PackML, Euromap 77 (Injection Molding Machines), Robotics, Machine Vision, P&ID Diagrams (DEXPI), Industrial Kitchen Machines and Tobacco Machines are going on, for example. The German industrial association, VDMA has taken an active role in many of these working groups and we were starting the discussion on how to manage the evident problem on the next level: overlapping models that will be defining similar things but possibly in different ways. 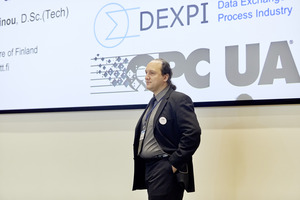 Nikolaos Papakonstantinou of VTT Finland was presenting the new working group for OPC UA DEXPI companion specification. DEXPI = Data Exchange for Process Industry and I am also in the working group representing OPC Foundation. The target of DEXPI is to provide a common representation for Piping & Instrumentation data and diagrams. The DEXPI group is lead by BASF and Bayer as end users and it is supported by the main CAE/CAD vendors.

OPC UA Pub/Sub definition is also advancing, but there are still several issues to solve before the specification can be released. Although there are several prototypes in the market we still need to wait at least until the end of this year before proper support can be expected to products. 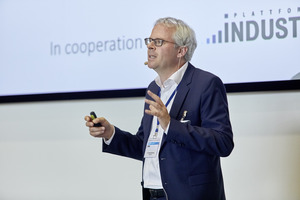 TSN is a parallel activity, but is also advancing. On the other hand, it is even more long term project and will take longer to become available. But evaluation kits and test beds are available where early stage implementations can already be tried out. Labs Network Industrie 4.0 (LNI4.0) is building a test bed in Augsburg, where the solution can be evaluated in future.

Alex Allmendinger has started a new laboratory for OPC UA product certification in Germany. The certification is now also open for non-members of OPC Foundation. In addition, there is now a new free membership option - a Logo Member, which is targeted for manufacturers of OPC UA enabled devices and applications. 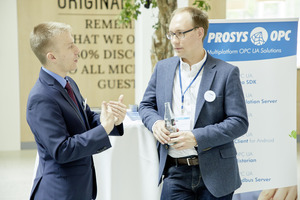 Microsoft has been very active during the last year. They have been making OPC UA available for .NET Standard by collaborating with the OPC Foundation. They have also enabled OPC UA in Azure and demonstrated OPC UA on HoloLens. Erich Barnstedt also announced new Discovery Server options that will be provided by Microsoft - and on top of all this, they are finally enabling OPC Foundation to provide an OPC UA Starter Kit as a combined hardware and software package.

Rüdiger Fritz presented an updated SAP model of integration. They are using OPC UA more and more to really tie different systems together. The presentation described a new generation of an open integrated factory, which consists of independent machine units that talk to each other using OPC UA. Every unit is an OPC UA server and client so that they can expose their capabilities to each other and call each other when they need to request data or instruct the other modules to do something in the production. This makes a basis for an agent based production network (click the picture below to see another diagram of the principles). 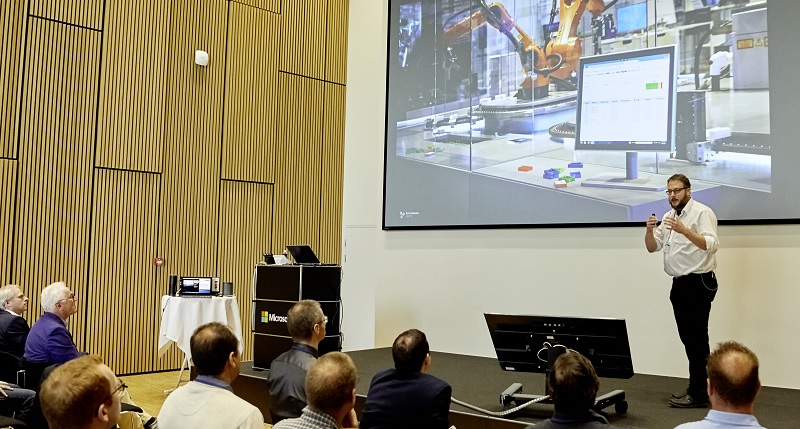 The presentations were recorded and are becoming available. I will update here, when that happens. So stay tuned.