We often get questions about developing to ARM platform using our Java SDK. This has been proven to be possible by our QEMU + ARM test setup. We decided that it would be nice to have also some demo running on real hardware.

A PiWeather board is connected directly to the Pi (board has a socket to connect to Pi’s GPIO header). It has temperature, pressure and humidity sensors on the board, with option to add 2 external temperature sensors. It also has 4 High Power Outputs for device controlling. Combine that with our Java SDK to form a OPC UA based office weather station. 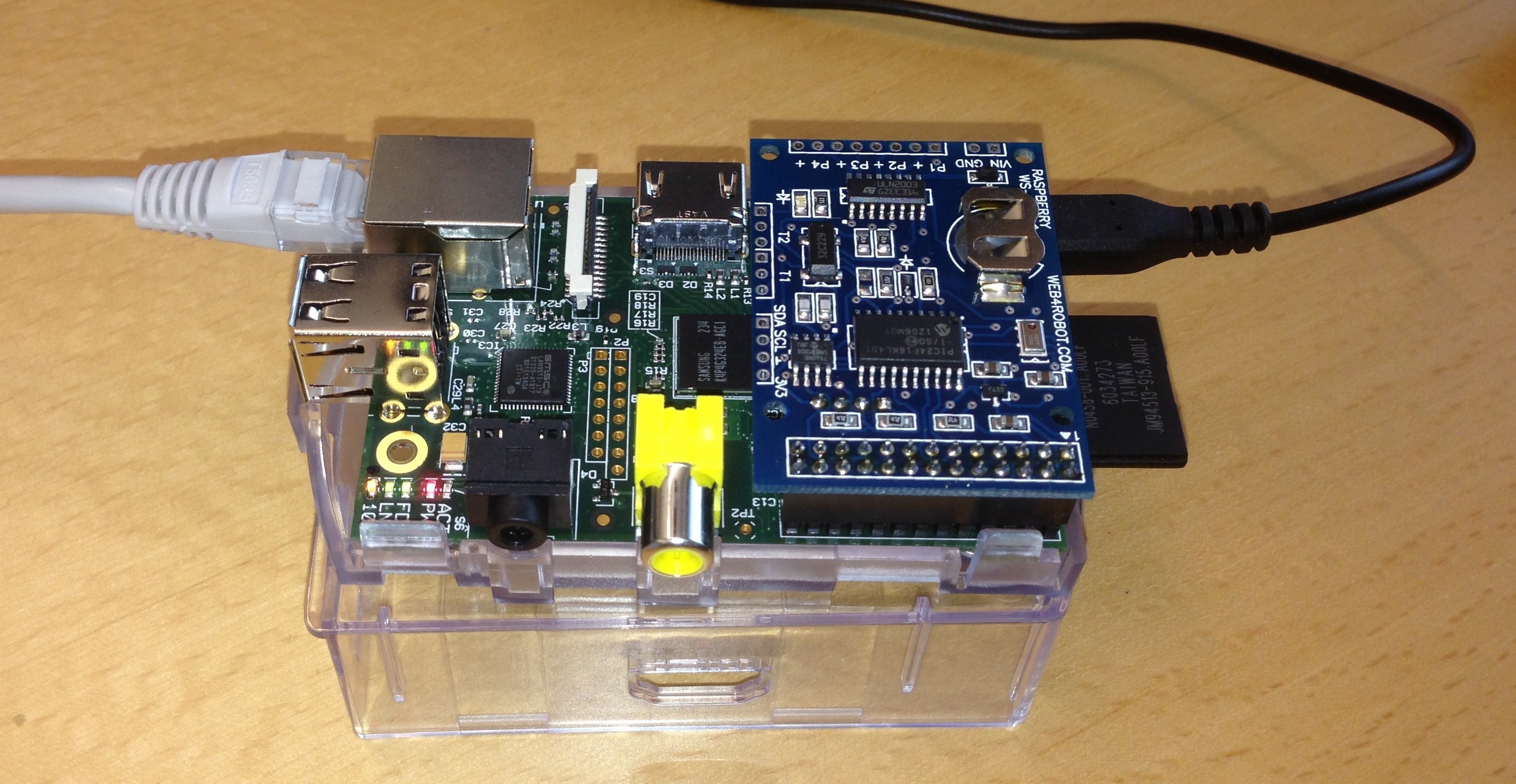 Raspberry Pi with PiWeather board

A Raspbian “wheezy” image was flashed to the SD-card. Hard float version was selected at the time (soft-float would have been a better option here, notes for this later). I2C interface is not enabled by default, it was enabled using instructions in PiWeather board manual. The manual also had Python code examples for communicating with the sensor.

Communication with PiWeather board is done using I2C. Pi4J library provides easy Java access to Pi’s pins and features and was used to get Java based I2C communication to work.

After the Java based communication was ready, the next step was to create the OPC UA server, which would read the sensor values periodically. Most of this is based on SampleConsoleServer demo that is included in our SDK packages.

Although JDK8 as a JDK has a compiler, the jar-package is compiled in PC, because the demo is intended as if the Pi was running a JRE. The package is made in following steps: (right click to project) -> export -> Java/Runnable JAR file -> Copy required libraries into a sub-folder next to the generated JAR -> Finish

The generated .jar package is transferred to Pi (as I’m on windows, I used WinSCP).

The server is started in screen (program that allows a program to continue running even after logout, since I used ssh to connect to the Pi). Starting the server takes quite long, about a minute.

The server uses about 50MB of RAM. Currently the PiWeather board is connected directly to the Pi. Because it is so close to the Pi, the heat from the Pi actually affects the temperature measurement.

We’ll probably put some public address for the server and add some external temperature sensors (DS18B20).