This guide will be demonstrating how to set up AWS Greengrass deployed with the IoT SiteWise Gateway connector in order to transfer node data to the IoT SiteWise service, from which we can use the data in other AWS services as we wish. Greengrass allows us to run lambda functions locally on our so-called core device using the Greengrass core. Instead of defining the lambdas ourselves, which would allow transmission of the node data to the AWS service, we can instead use the IoT SiteWise connector gateway. This allows us to quickly and without coding, get the connection between our Prosys OPC UA Historian server and the cloud up and running.

Our goal in this demonstration is to transfer node value updates from our Prosys OPC UA Simulation Server to the AWS, more specifically, a simulated value from the node Counter1.

After that, we'll be setting up AWS IoT Greengrass as a docker container. The following steps are required for this to happen:

After we have gotten the docker container up and running, we are going to take the following steps in order to run and connect the SiteWise gateway on our docker container and the AWS console:

Prosys OPC UA Historian is an OPC UA client/server application, which allows us to easily collect and store data in real-time into a SQL database. In addition, it provides a simple way to aggregate multiple underlying servers into a single point of access, which enables a simpler system architecture and tighter firewall rules resulting in a more secure system implementation. Historian is available as a free evaluation version. This version requires a restart of the Historian service every 2 hours, which is useful to keep in mind if things aren’t working as expected.

For demonstration purposes, we’ll be using Prosys OPC UA Simulation Server to simulate the underlying devices and servers. How this is done will be demonstrated below.

Once both software is installed, we launch them up and end up being greeted by these two windows

Once the demo time on Historian has expired, it can be renewed by stopping the server, and pressing start again.

The server should now appear in the Servers pane on the left. The green checkmark indicates that a connection has been established. 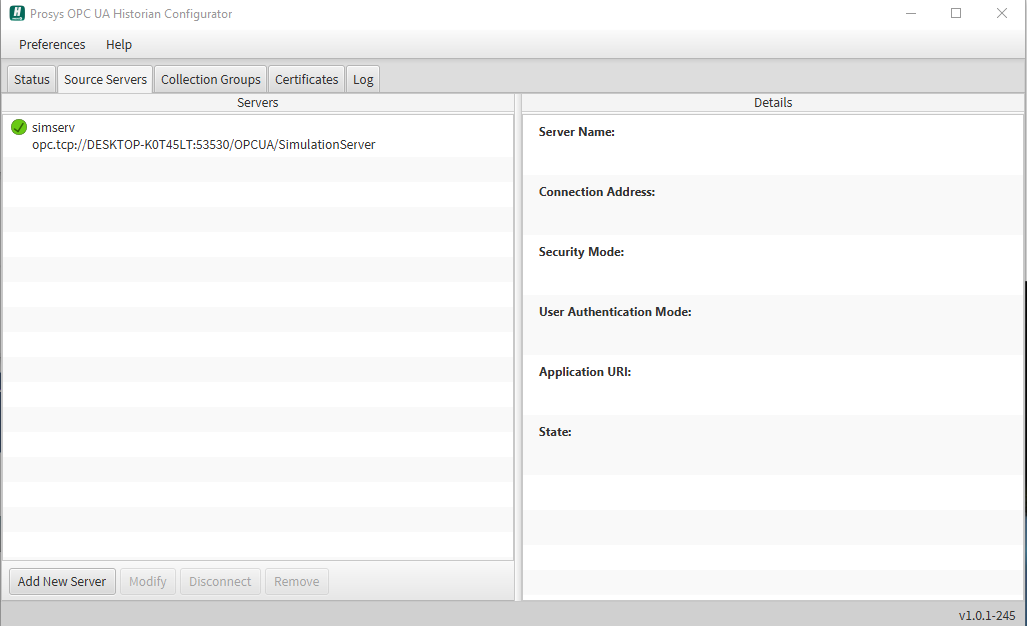 By connecting to the Historian endpoint with our OPC UA client of choice (in our case, Prosys OPC UA Client for Android), we can see the address space of the Historian server. 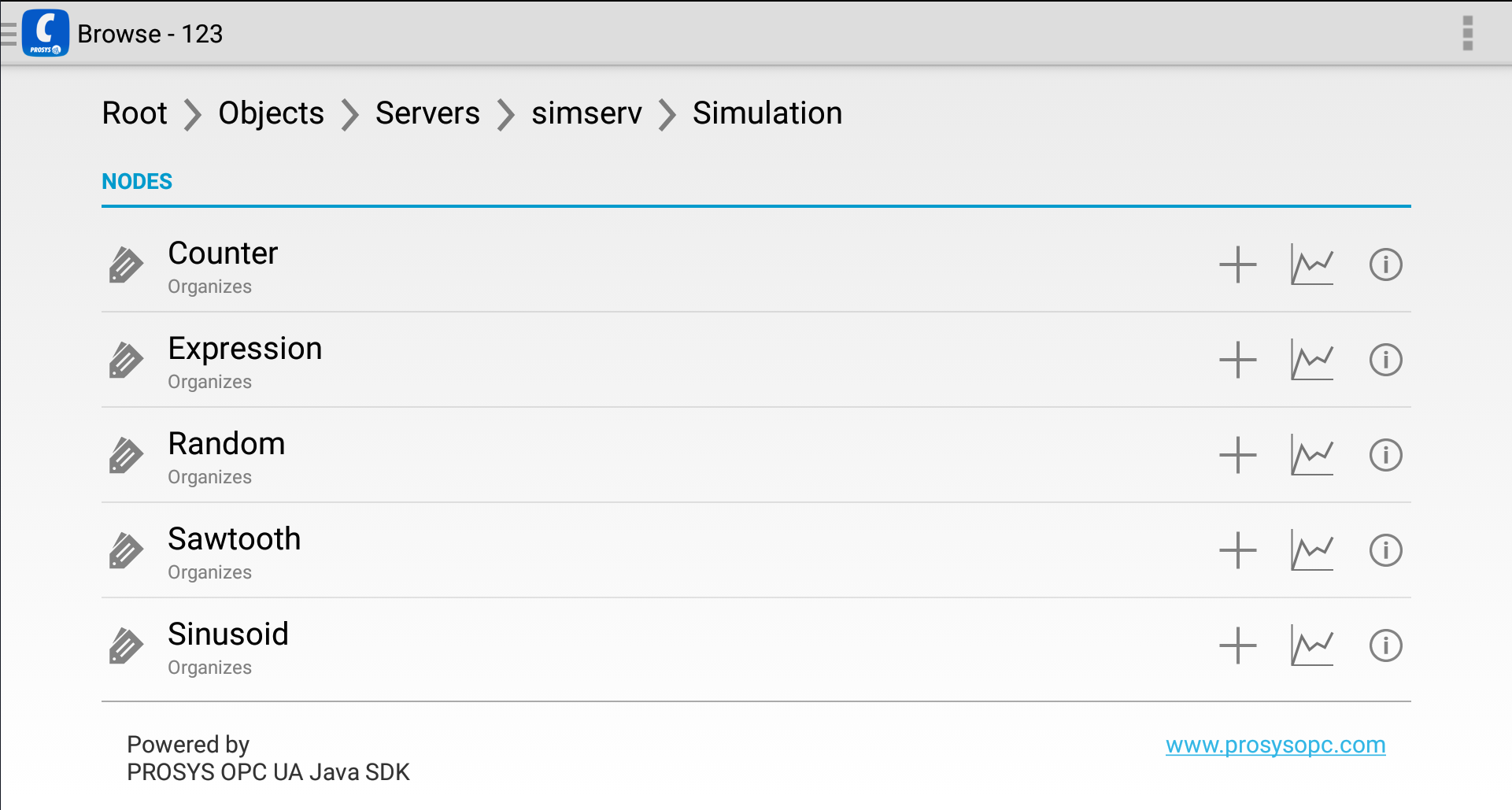 As we can see, a simserv folder node has been created containing the address space of our underlying server, in this case, Simulation Server. The node “Counter” highlighted in the image above (ns=16;s=Counter) is the node whose data we are going to be transferring to AWS.

If we wish, Historian allows us to configure the endpoints for either HTTPS or OPC.TCP. This can be done by clicking to Preferences->Server Endpoints. For the purpose of this demonstration, we'll leave them to their default values. 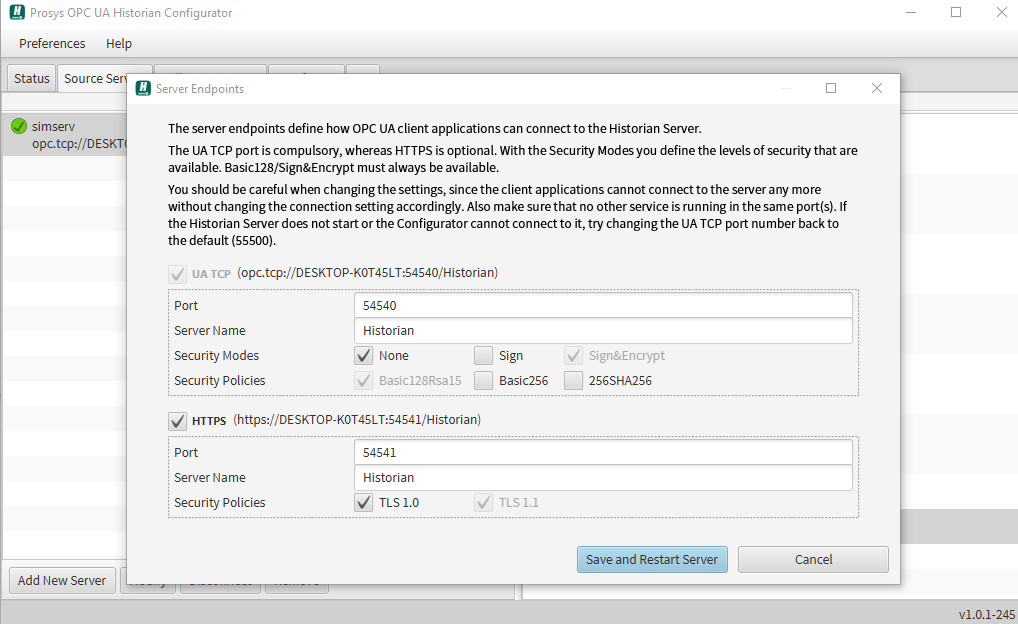 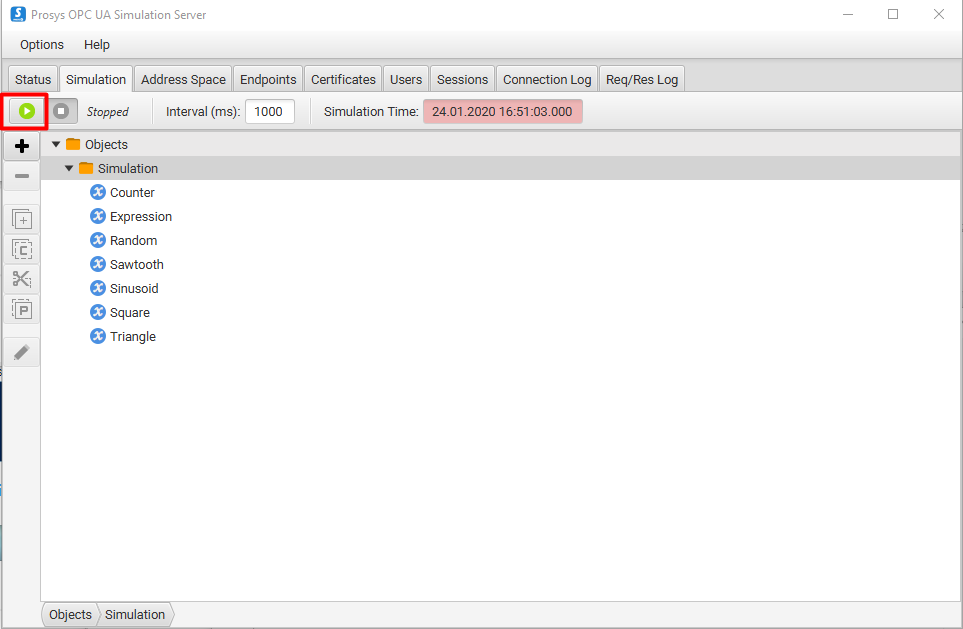 Now that our Simulation server and Historian are up and running, we are ready to start the installation and configuration of the AWS Greengrass.

Setting up the AWS CLI and running the Greengrass docker container

Commands below will configure the CLI with the correct access keys that will let us communicate with the cloud. We choose eu-west-1 as the default region since IoT SiteWise is currently available there.

2. Getting the Greengrass Docker container image from Amazon ECR

Follow the instructions on the AWS Developer Guide. Skip the step where we are prompted to download the Greengrass Core Software as we are using the docker container provided earlier for this demonstration.

Once the Greengrass group has been set up, we’ll need to set up the default containerization for this group to “No container” in order to properly run lambda functions inside the docker container. 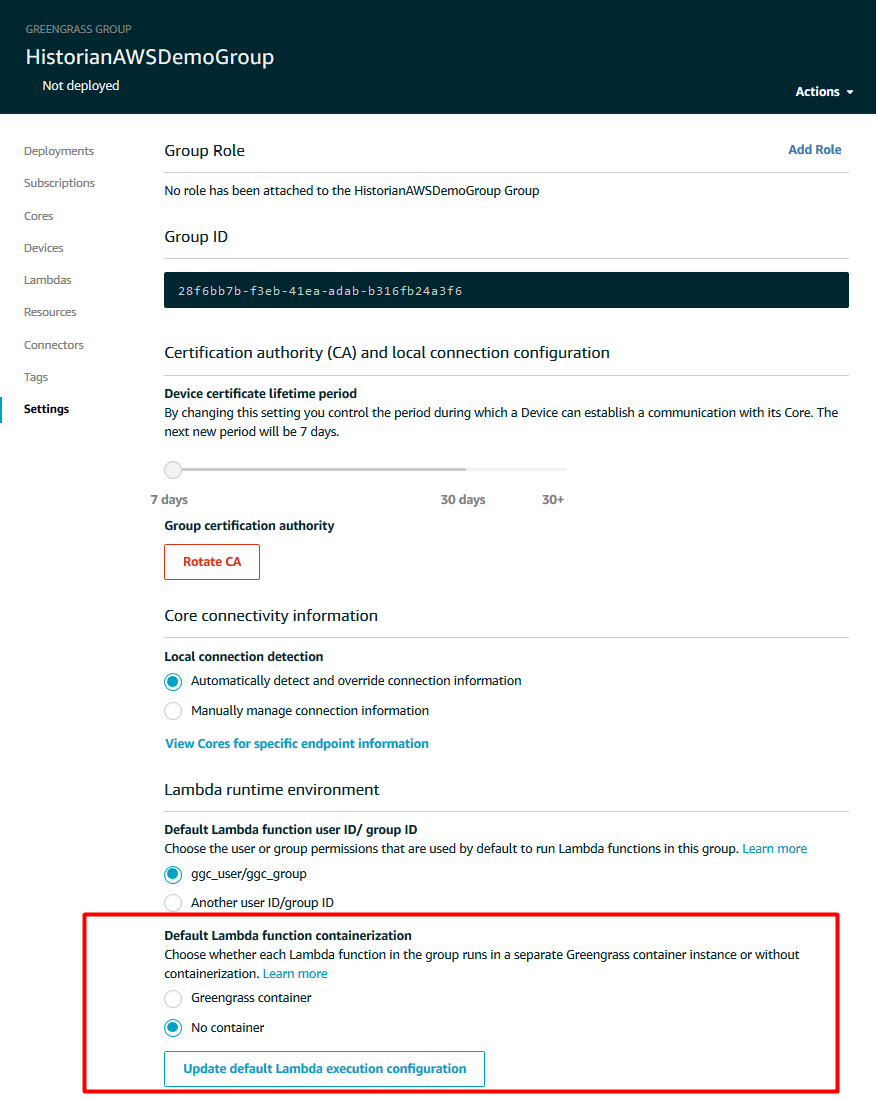 In the last step, we were prompted to download the security resources in the form of a tar.gz archive.

The archive needs to be decompressed twice. When done, a config and a certs folder should appear in the Downloads folder.

Next, we’ll need a CA certificate to enable our device to connect to AWS IoT over TLS. For this demonstration, we’ll be using ATS root CA and download it using curl.

Before running the container, we are going to change a field on the configuration file.

Now the Docker container can be run by bind-mounting the certs and just acquired configuration files.

1. Setting up the gateway inside the docker container

First, we will need to run bin/bash inside our docker container. This can be done using the docker exec command.

We should see the docker container we have up and running from the previous step.

If done correctly, an interactive bash prompt should appear.

Next, we'll create an IAM policy and role that allows the gateway to access IoT SiteWise on our behalf. 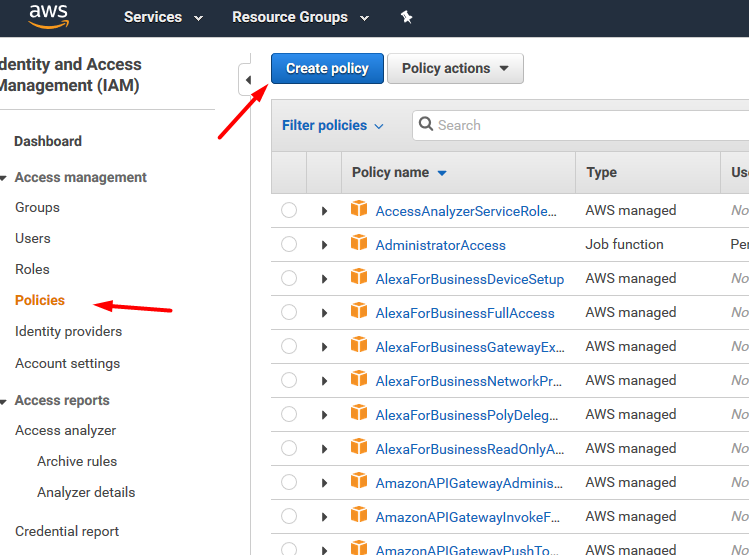 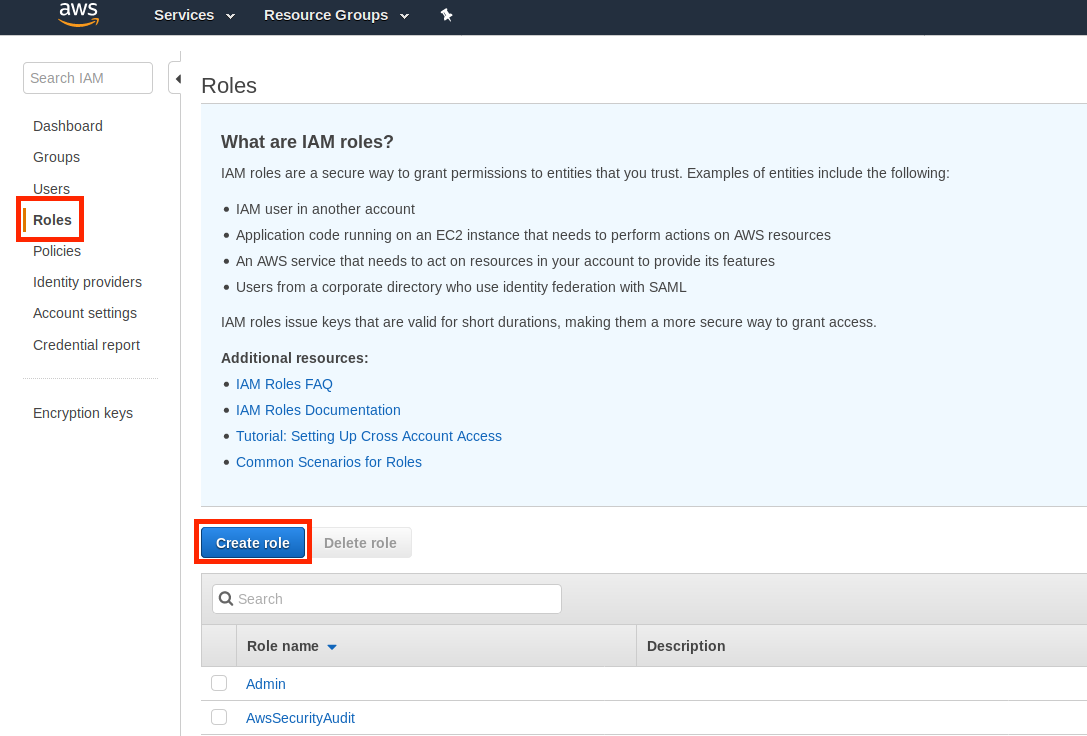 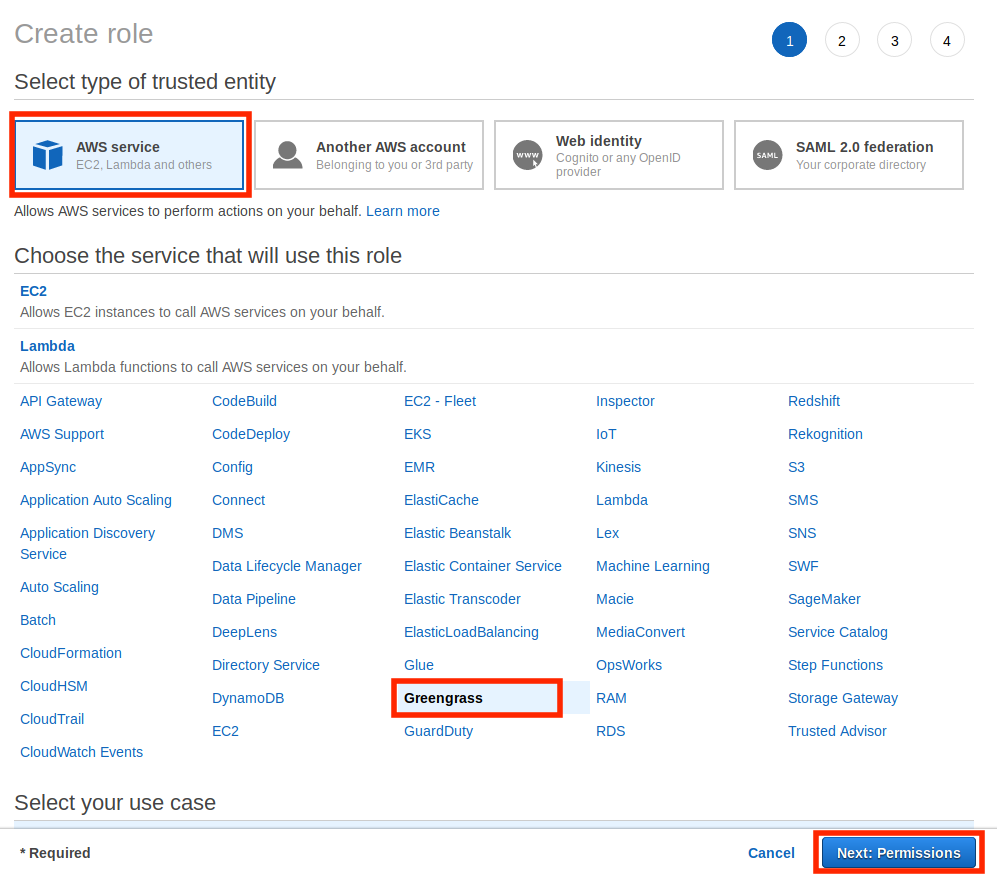 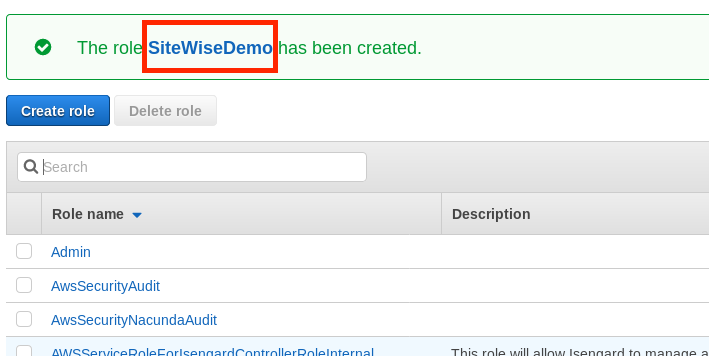 3. Attaching an IAM ROLE to an AWS IoT Greengrass Group 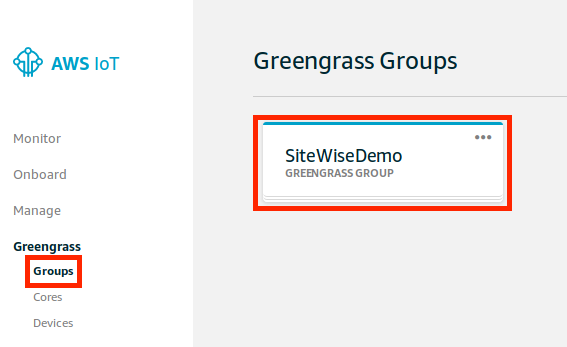 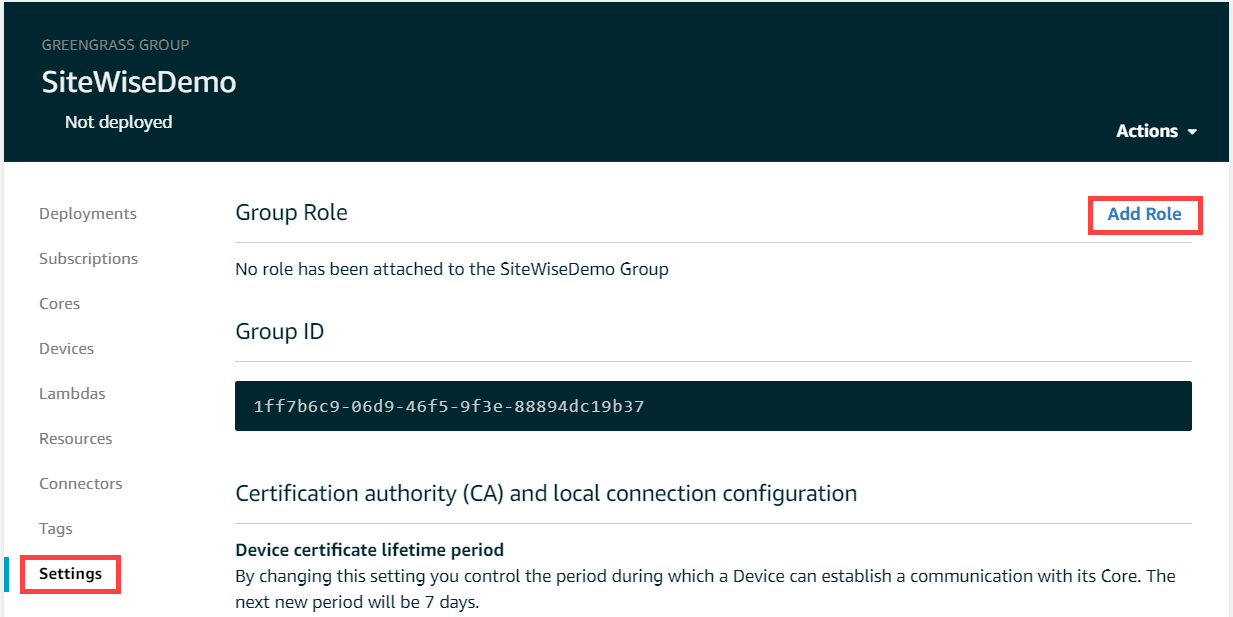 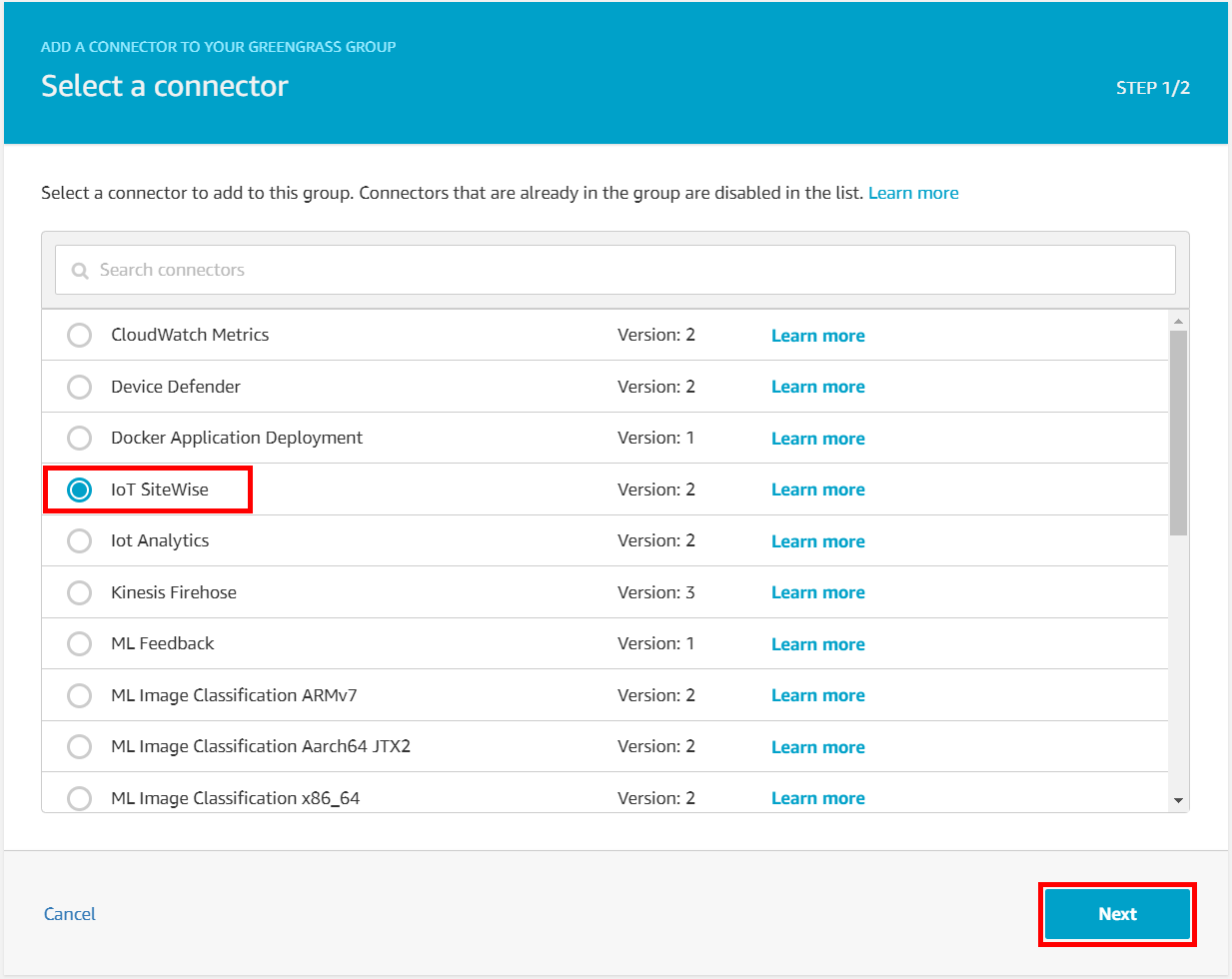 5. Adding the Gateway and Configure Sources

We can now add the AWS IoT Greengrass gateway to AWS IoT SiteWise and configure the gateway's data sources.

AWS IoT SiteWise redeploys the AWS IoT Greengrass group each time we add or edit a source. Gateway won't ingest data while our group is deploying. The time to deploy the Greengrass group depends on the number of OPC-UA tags on the gateway's OPC-UA sources. Deployment time can range from a few seconds (for a gateway with few tags) to several minutes (for a gateway with many tags).

As our gateway is running on a docker container, we need to point the local endpoint to the docker host. On windows, this can be done using docker.for.win.localhost as a hostname. 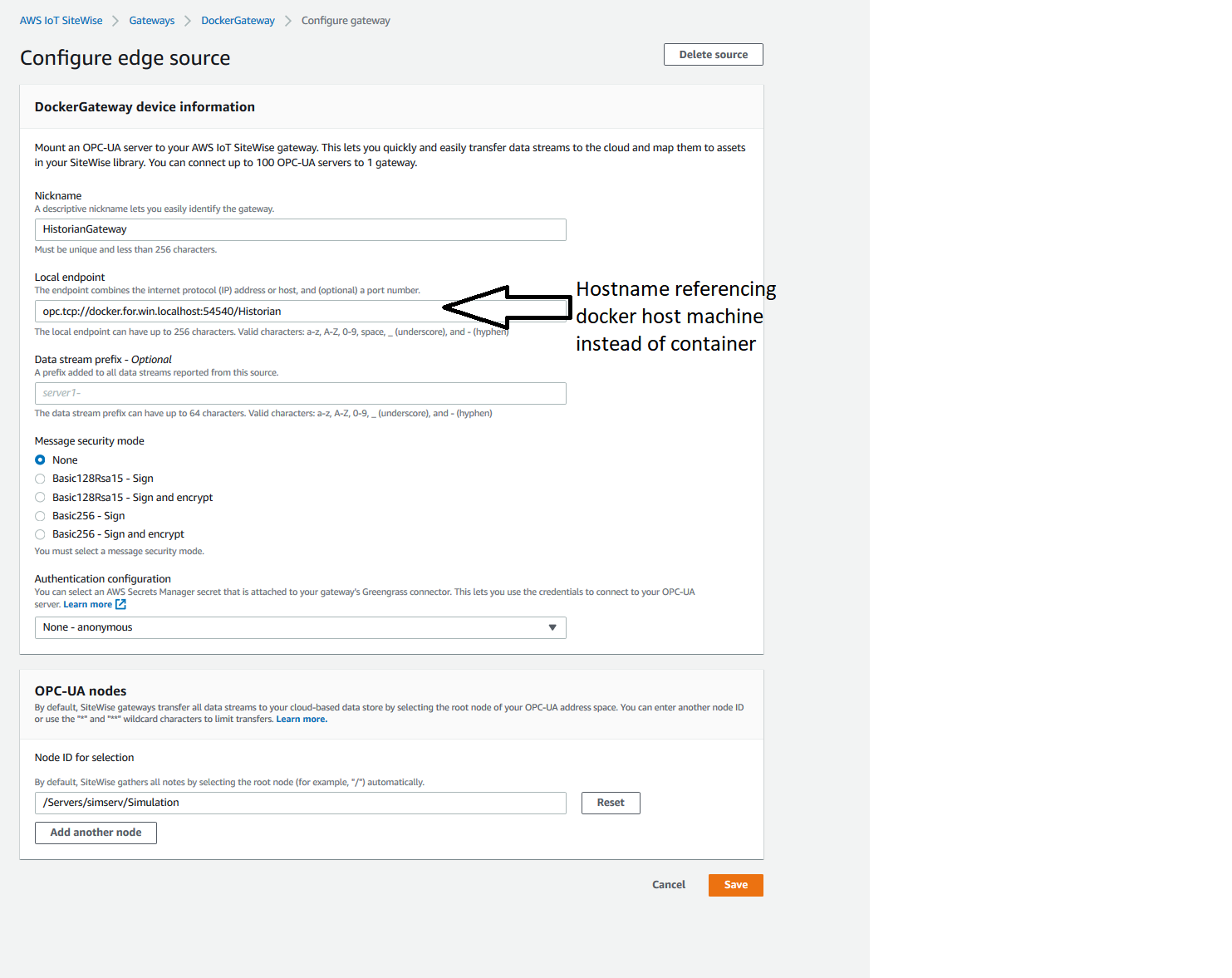 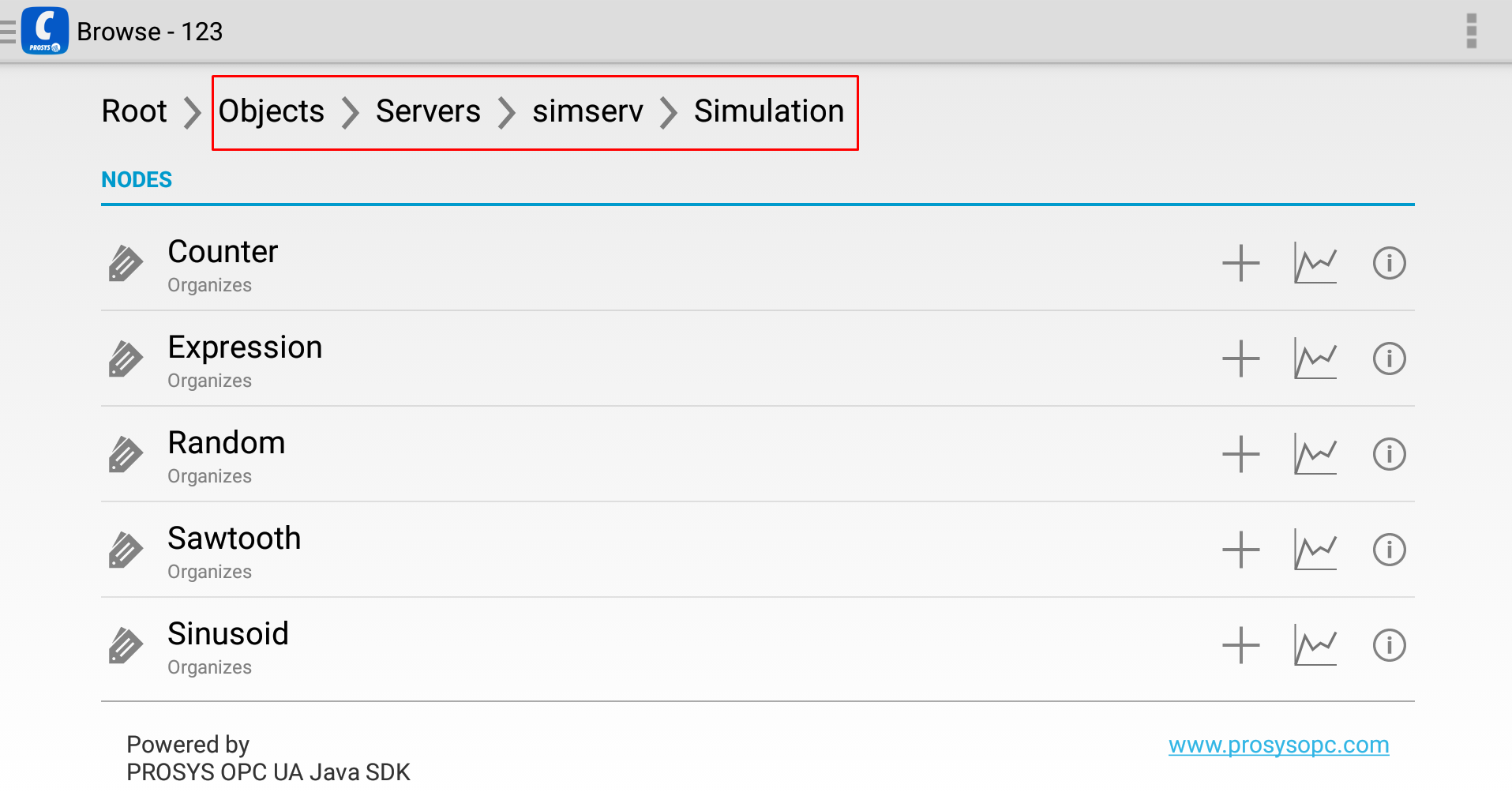 Models are used to represent data coming from the devices to the cloud, while assets are instances of models. In this example, we are going to create a model and an asset that will receive the simulated value from the node /Servers/simserv/Simulation/Counter1. 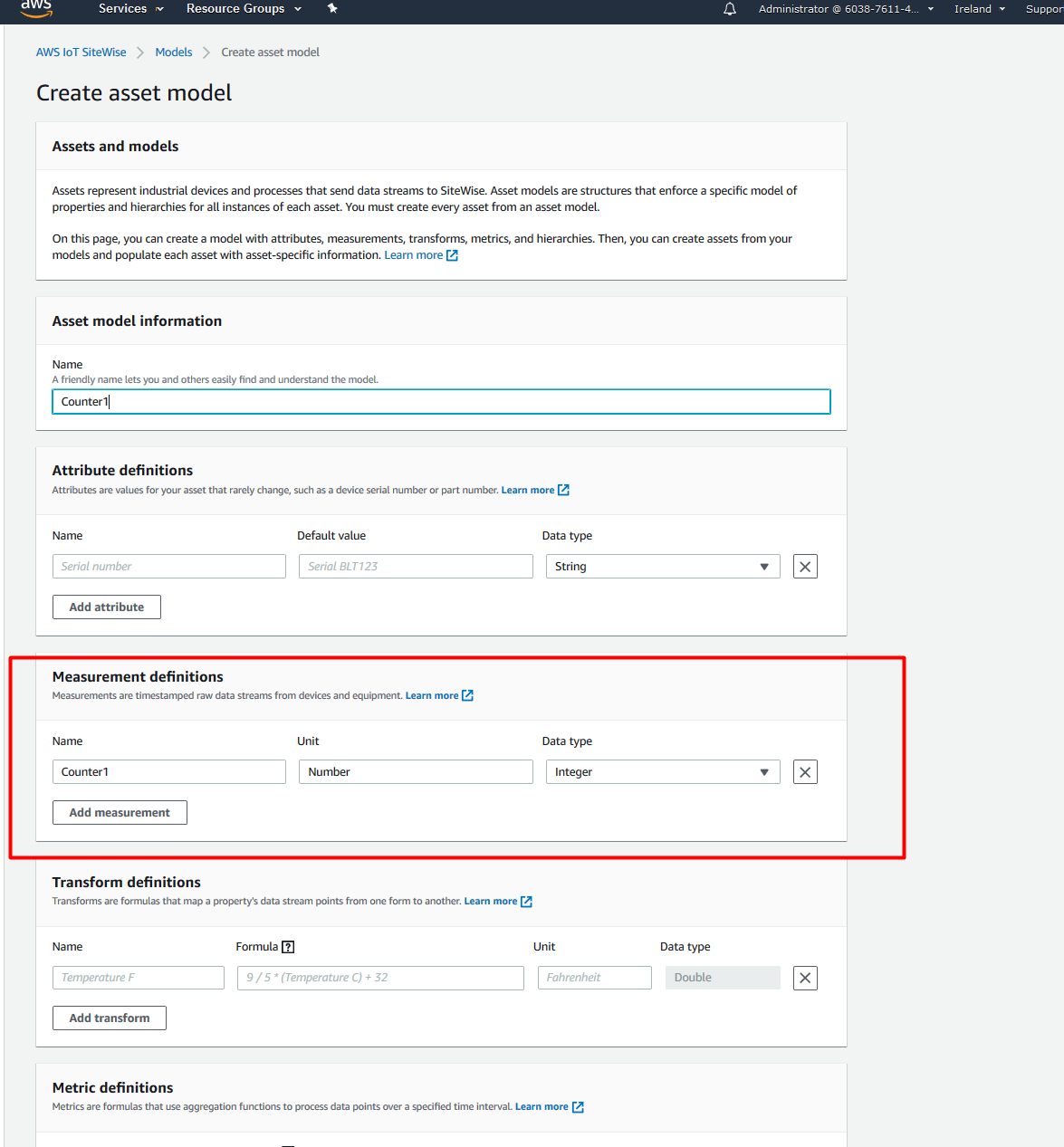 In the measurement section, give the asset a property alias. In our case, the path is: /Servers/simserv/Simulation/Counter1

Note: Make sure the correct path to the node is used when specifying the Asset property alias, as this will be used to map the node values to the asset property. This might be different depending on the version of the Simulation Server or if any other source server for Historian is used. 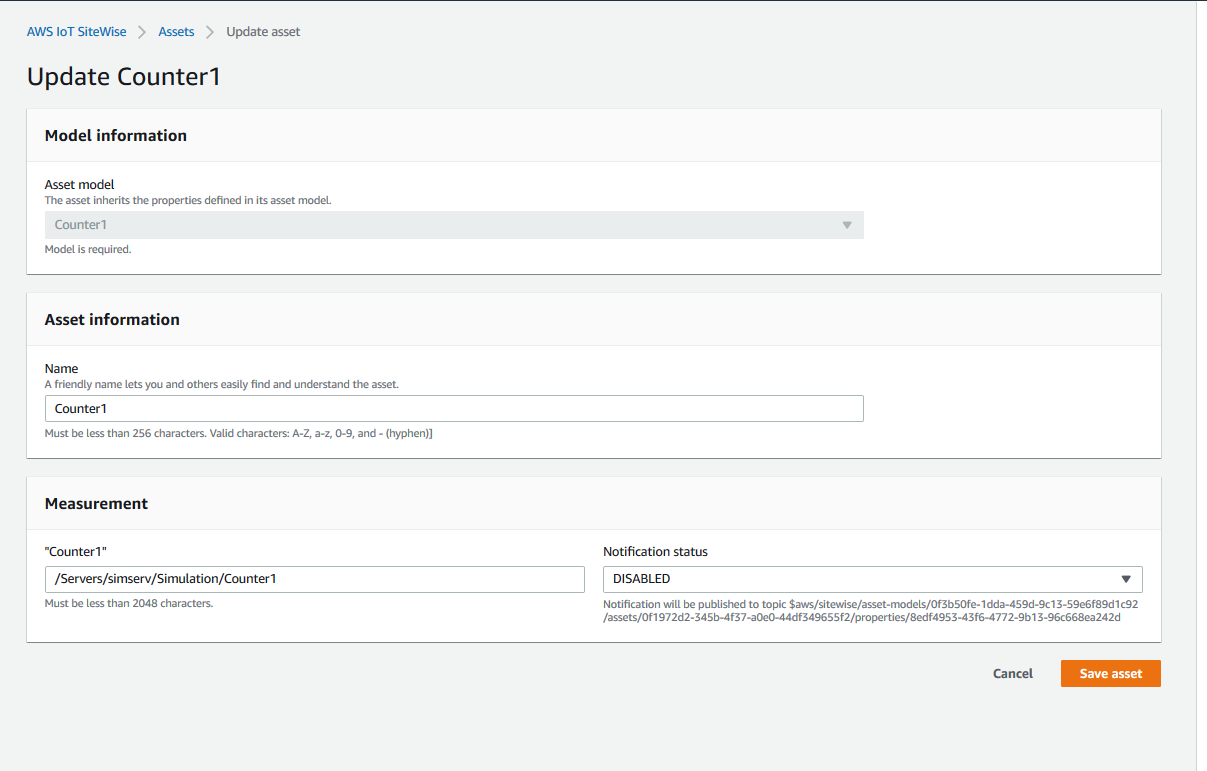 If everything is working correctly, asset’s latest value updating should be seen in the assets tab as shown in the image below.

AWS IoT SiteWise deploys the gateway configuration to the AWS IoT Greengrass core. There’s no need to trigger a deployment manually. However, during our testing, bugs arose, which caused our asset values to not update. We fixed this by redeploying the gateway, which can be done by editing the gateway settings and saving without making any changes.

At the time of writing this article, IoT SiteWise was still in preview, so changes might occur to the way everything needs to be configured.

Amazon offers a wide range of documentation, which can become a messy experience where bits of information required to complete a task are scattered around multiple articles. However, they provide a more in-depth look and more information in general, so checking those out is highly encouraged if this guide piqued personal interest.

In the next part, we’ll be taking a look at how we can use the data transferred to SiteWise in other AWS Services, such as DynamoDB. Also, we’ll configure our demonstration to use security instead of our current none/none configuration. 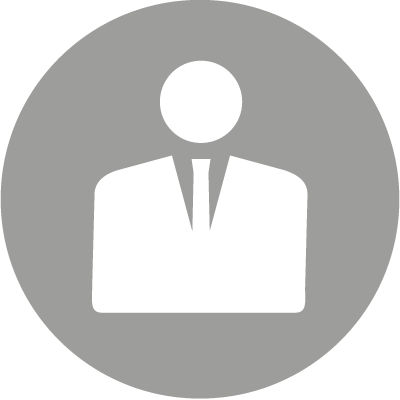